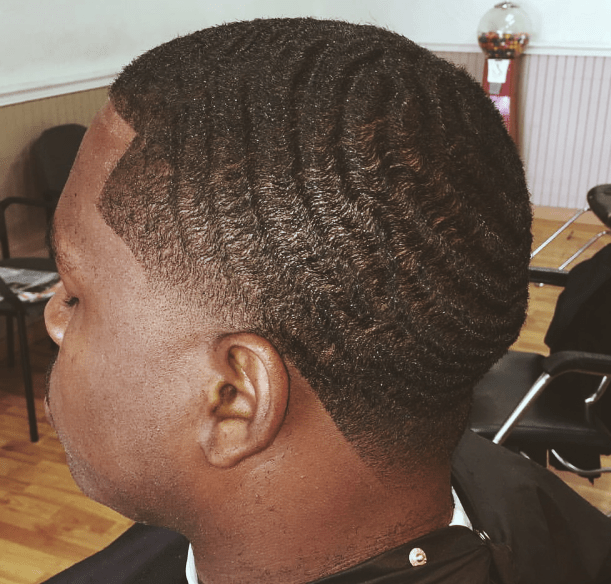 The most popular hairstyle among black men, the wave is characterized by the unique 360-degree waves of the hair. Although the appearance of a 360 wave is very exciting, getting a 360 wave is not easy, and many men cannot achieve it due to a lack of skills.

Many people and we complained that 360 wave is too difficult, even with tools, don’t worry, today we will share the correct way to make 360 ​​waves, you just need to follow us, be patient, you will surely achieve the 360 ​​waves you are looking for. We’ll cover how to get a 360 wave, including the tools to prepare it, and how to train and maintain your hair.

There is no doubt that you need to leave hair that is suitable for 360 wavelength, which is a crucial first step. The hair should not be too short to be able to train with the brush, if it is too long you will need to put in more time, so it is important to prepare the right length of hair. 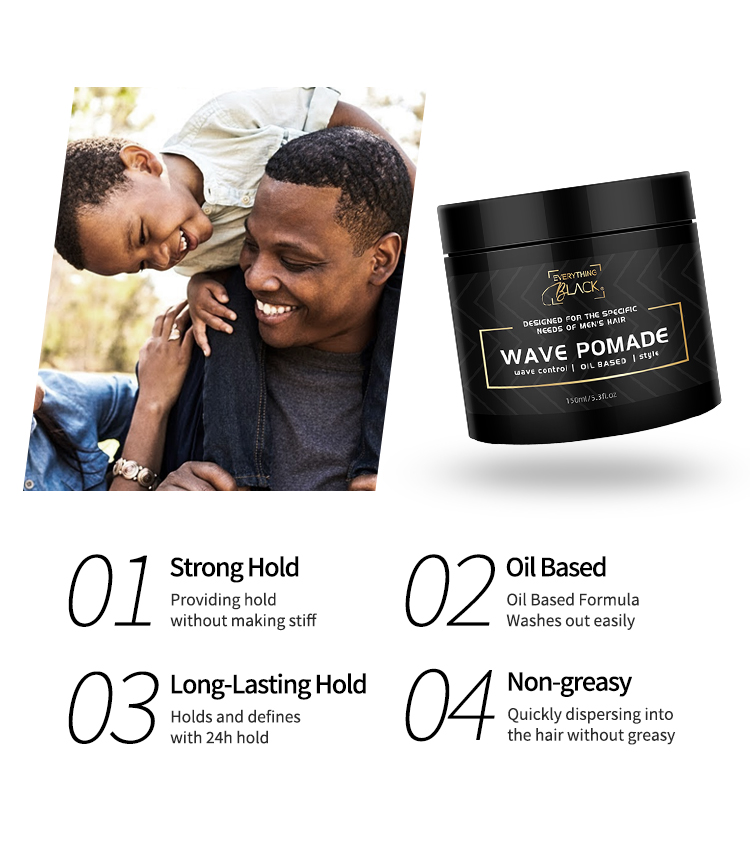 No matter what kind of hairstyle you have, a healthy scalp is always the first step, because if your scalp is inflamed and itchy, it will make you want to scratch your hair, which will ruin the practice of 360 ​​waves. You need to make sure your hair and scalp are in the best condition.

Cantik recommends that you wash your hair with a natural organic shampoo, which will help restore a healthy scalp and hair, but also create a healthy scalp environment, eliminate dandruff, and perfectly prepare for the 360 ​​waves.

Beyond that, you need to make sure your hair stays perfect: no dry, damaged, split ends, and hair that’s hydrated and lustrous, the perfect foundation to shape your 360 waves.

The next step to the perfect 360 waves is the right length of hair. You should tell your barber that you need a 360 wave so he will get a 360 wavelength, some barbers will cut your hair very short, our recommended hair length is not to see your scalp, that is, 3mm length of hair is optimal. 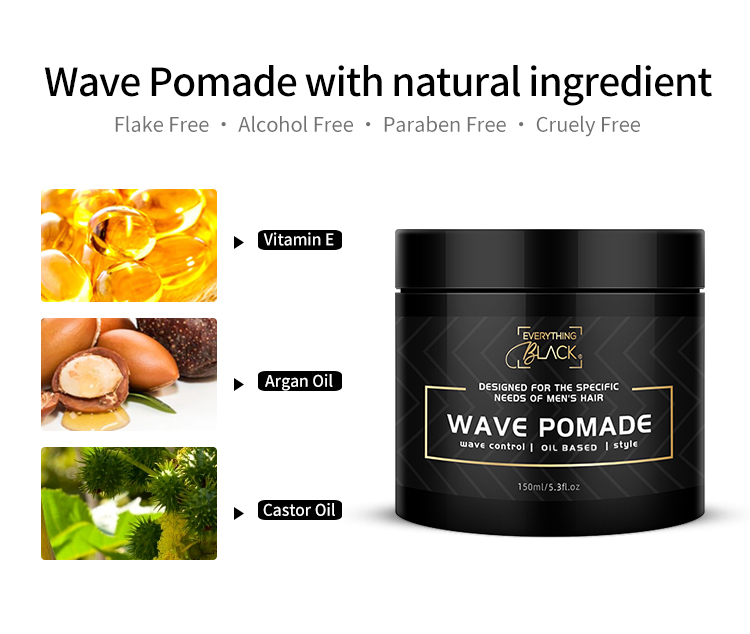 Once your hair and scalp are healthy and your hair length is suitable for training 360 waves, congratulations you are ready for 360 waves, it is time to start training your hair.

Use a special shampoo?

There are shampoos on the market that say they’re specifically for men who want to have a 360 wave, and we can’t tell if these shampoos will help you, but it’s not a must.

Because natural organic shampoo is our best bet, it keeps our hair and scalp healthy and hydrated, and shiny for a long time.

How often should you wash your hair? When creating a 360 wave, you should wash your hair much less frequently than before, because shampoo removes the sportin wave grease, which is an essential product for 360 wave training, so it is recommended that you only wash your hair once a week.

Combing is the most critical part of the 360 ​​waves, and it is precise because of the combing of the hair that the perfect 360 waves are created. This is the most complicated part of creating waves.

You should start training with a towel dry after you’ve cleaned your hair, not with a blow dryer. Comb down and out starting at the top of the head.

Comb through section by section to make sure you haven’t missed any. You only need to train for fifteen minutes a day. 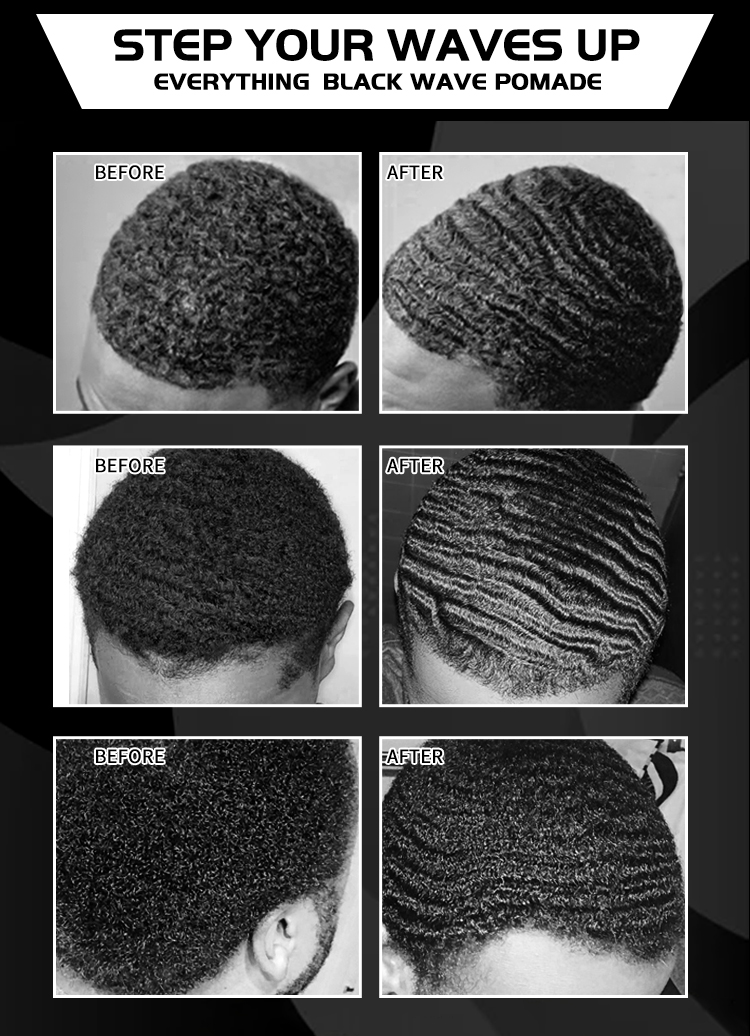 Without a doubt, getting the desired 360 waves requires daily brushing for over a month, so. Keeping your scalp moist is essential.

To keep our hair and scalp moist, in addition to the natural organic shampoo we mentioned earlier, we also need sportin wave grease, which is the secret weapon for creating the perfect 360 waves.

There are many types of wave greases in the market, but regular wave greases contain oil, and silicone, which does achieve the purpose of 360, but it will make the hair greasy and depress your original 360 waves, which will clog pores with regular use and cause acne.

We should use a healthy wave grease that contains shea butter, castor oil, argan oil, etc. that hydrates enough but doesn’t weigh down the hair.

Once when your waves appear, it doesn’t mean the training job is done, Waves need to be trained every day, which will keep your 360 waves longer.

If you use sportin wave grease every day for about a month, you can have the perfect 360 waves in your heart, don’t give up.